Sputnik was a Soviet magazine published from 1967 until 1991 by the Soviet press agency Novosti in several languages, targeted at both Eastern Bloc countries and Western nations. It was a digest of the most interesting Soviet news. In addition, the Sputnik touted the achievements of socialist industry.

All these advertising gems are from late 1960s. 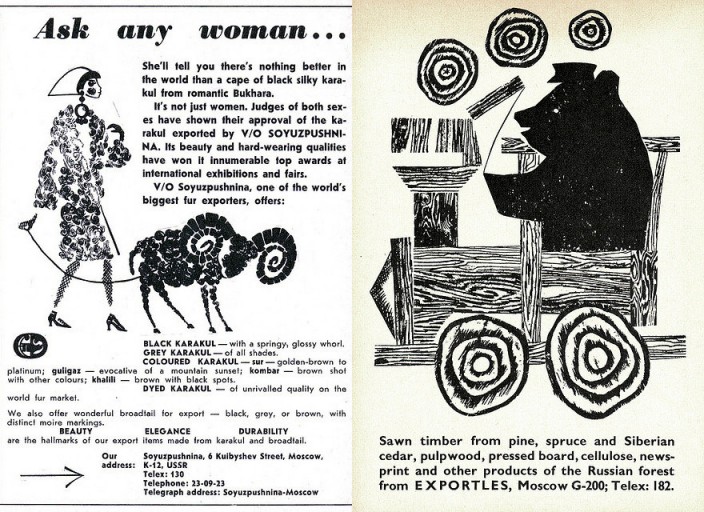 I’m wondering who made these ads – homegrown Soviet copywriters or some Western agency.